@roblox-matter we have a thing for the french

@doniel-matos thank you both 🇺🇸

RAW, got to admit

I going to be in the U.S military

that picture does not go with the song

I plan on being in the Air Force

this is onna be me

This is the good song

Finaly what i was looking for

I'm going to be part of the u.s.army 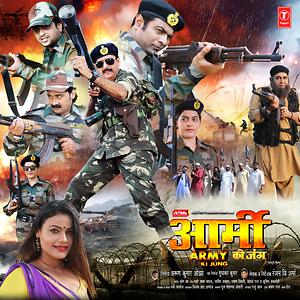 United States Army
Composer: Gruber, Edmund
Performer: United States Army Ceremonial Band
Publisher: United States Army
Taken from cd entitled: 'American Spirit.' by the U.S. Army Ceremonial Band, track 15.
The Army Goes Rolling Along was written originally by First Lieutenant Edmund L. Gruber, when he was stationed at Fort Stotsenburg in the Philippines in March, 1908. It was then known as the 'Caisson Song' and tells of activities in a field artillery battery that was drawn by horses.
In 1917, John Philip Sousa transformed it into a march and renamed the 'Field Artillery Song.'
In 1956, the Army adopted it as its official song and was retitled 'The Army Goes Rolling Along.' Secretary of the Army Wilber Marion Brucker dedicated the music on Veterans Day, November 11, 1956.
'The Army Goes Rolling Along' is played after every U.S. Army ceremony and soldiers stand and sing along with the music.

Credit for some: Library of Congress, Music Division.