My Audi dealer brought in Richter Sport to install an IPOD connection, initially they put in the Denison 100 system, which caused complications with interference, it turns out that the particular 100 setup is not compatible with the BNS 5.0 so therefore they have comeback and installed the Denison Gateway Lite, all things good with the.

Audi navigation systems look similar but in differences between them are significant. The confusion is even stronger since most system use very similar “Audi Multi Media Interface” splash screen and user interface. 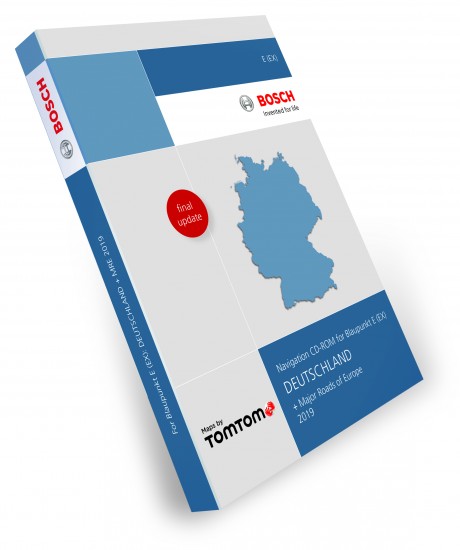 RNS (Radio Navigation System) is a stand alone device that was available instead of standard stereo system (Chorus, Concert, Symphony) as an option. It has color LCD screen and much more functionality then BNS.

MMI (Multi Media Interface) is a complex entertainment and car control system that uses MOST ring. It always have an LCD fitted in the dashboard, control panel next to gear stick and CD drive.

BNS 4.x is an additional device for your stereo system, it uses DIS display in the instrument cluster and extra buttons mounter next to hand brake.

BNS 5.x is a device mounted instead of standard stereo system and have a large red monochrome screen. This device is labeled “Audi Navigation”.

RNS-D has a tiltable color LCD screen with 4:3 ratio placed in the middle of the device, 2 symmetrical control knobs on the sides.

RNS-E has a large 6.5-inch LCD screen align to the left, row of function buttons near lower edge, big control knob and small volume knob on the right.

RNS-E 2010 is a facelifted version of the standard RNS-E device. It has higher quality screen, MEDIA button instead of CD/TV or CD/SD button and chrome control knobs.

Those devices can be optionally equipped with TV-Tuner, CD changer, external audio and video input, Sirius satellite radio.
To confuse you even more, Audi decided to label all those devices as “Audi Navigation Plus”. Also RNS-E and RNS-E 2010 are using MMI welcome screen.

Both system are using similar use interface (e.g. with Google Maps navigation) but MMI 3G+ have HDD for MP3 files storage. RMC (Radio Media Center) is not equipped with hard disc drive so in sources menu you will not find Jukebox option.