While I was working on the Quaver Lyrics Finder project (it’s my first time writing Python, please be gentle), I wanted to make it into an easy-to-use program that most people to use. That meant:

A PY file is a program file or script written in Python, an interpreted object-oriented programming language. It can be created and edited with a text editor, but requires a Python interpreter to run. PY files are often used for programming web servers and other administrative computer systems. So, unless you need to change the setup.py, you do not need to rebuild the alias bundle. This means that you can simply edit the source, and restart the application! An alias bundle is similar to BundleBuilder 's -link option, and is roughly equivalent to the idea of Xcode 's ZeroLink feature.

Here’s what I did.

This is the first part of the series where I write about things I learned while writing a desktop app. The second post can be found here.

For creating a GUI in Python, I chose to use PyQt5, a framework that provides Python bindings for the great C++ Qt framework.

Reasons in favour of PyQt:

Something that you should consider about PyQt5 is that licensed under the GPL 3.0 license. That means that if you distribute the Qt Gui Toolkit as part of your application binary, your program must also be licensed under a GPL-compatible license. Since my project was open-source anyway and uses the MIT license, this was fine by me.

I’ve used PyQt on four different platforms - macOS, Windows, Ubuntu, and elementary OS. The GUI looks pretty good on all of them, so the cross-platform claim checks out!

2. Turning the project into a self-contained executable file

I’m using PyInstaller to generate an executable for my python files.

Since it’s popular, chances are that when you have a problem, there’s somebody else who’s already run into it. Stack Overflow, the GitHub page, and even just the documentation are life-savers. Keep in mind also that PyInstaller is not a cross-compiler, i.e. you can’t build Windows .exe files when using macOS, etc. Use PyInstaller in a VM to do that.

PyInstaller can be downloaded with pip:

Then, starting off with PyInstaller should be as simple as running:

For more details, read their docs.

--onefile allows you to create a single executable.

--onedir creates executables in a folder structure. Useful for debugging.

pyinstaller <your_file>.spec will use the specified spec file to build the executable. This is very useful if you’ve customized the spec file.

The spec file is a Python script that PyInstaller uses to determine what to build and where to build it. Understanding this is essential to understanding PyInstaller. There are several customizations that I’ve done to my spec files that have come in handy.

If you refer to assets by a relative path in Python file <your_file>.py, likeQtGui.QIcon('./assets/icon.png'),the executable that PyInstaller generates won’t include them in the correct place, and your program will not be able to find the assets. This happens for images, text files, data files, and more. 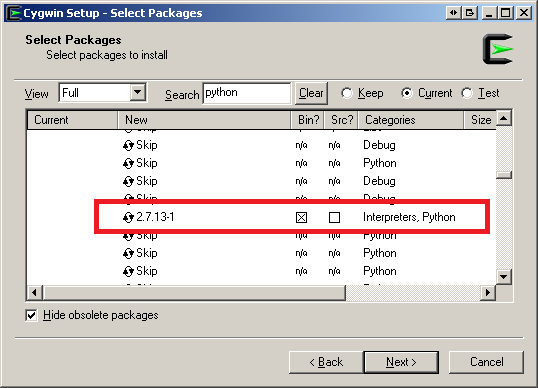 The workaround that I’ve found:

2.2.2 Generating a bundle for macOS

PyInstaller is really good for creating bundles that conform to Apple’s Bundle Structure, making them easily code-signable. Here’s what I add to my spec file after the pyz code block to generate a bundle for macOS.

In BUNDLE(), info_plist will create the appropriate <key> and <string> in the .app bundle structure. For example, the NSHighResolutionCapable example looks like this in the Info.plist file in Quaver.app/Contents/.

Unfortunately, specifying the types of documents the app supports doesn’t work with this format. I have a post about this here, but you need a CFBundleDocumentTypes key with an array of values, which is too complicated for PyInstaller’s spec file to handle. The only solution is to create and save a separate Info.plist file, then replace the one PyInstaller generates in your_app.app/Contents/. See here for more details. :/

2.2.3 Generating a .exe for Windows and executable for Linux

Here’s what I’m using in my spec file for Windows and Linux:

3. Creating a package in an expected file format

After customizing the spec file and running PyInstaller, we now have a nice executable file. A .app on macOS, a .exe on Windows, and an executable file on Linux. The next step is to package it into something that users are used to downloading.

I’m not fussy, so I used a simple command line tool that creates a .dmg from a .app, called create-dmg. It’s purposely simple, and doesn’t offer many options.

Assuming you have npm installed (otherwise, brew install npm (and if you don’t have brew click here):

Now, cd into the directory containing your .app file generated by PyInstaller, and run:

You should now have a new <your_app_name> <sem_ver>.dmg file in the directory where you ran create-dmg! Create-dmg pulls the version number from your app’s Contents/Info.plist folder, so if it’s wrong, update the Info.plist file first.

How To Change Py To Dmg Files

3.2 Creating a .msi file for Windows

If you don’t need to change the registry, you could just distribute the .exe file that PyInstaller generated, since the .exe file is basically a portable version of your program. Otherwise, you’ll need to create a separate installer executable to set things up correctly. Another benefit of an msi file is that it can properly integrate with the start menu and create desktop shortcuts easily.

I’m using the free version of Advanced Installer to do this. Some gotchas: make sure you create a “Simple” project instead of a “Professional” or anything else, because “Simple” is the only one that’s free, and you cannot convert one type of project to another later on. Advanced Installer lets you create Professional projects when you download by automatically activating a trial, which is sneaky.

Customize as necessary. See their website for a simple tutorial on how to get started and their professional guide which walks through a few more tools.

3.3 Creating a .deb file for Ubuntu

Unlike macOS and Windows, the tools to create a .deb file are built-in to the operating system!

You’ll need to create a directory structure as follows:

The control file is what the advanced package tool reads to see what needs to be changed and which app is being installed. See more in the documentation. A basic control file might look something like this:

How To Change Py To Dmg File

The <project>.svg file should contain an SVG of your app icon.

The <project>.desktop file allows the launcher to discover your program, and integrates it with your system. See here for more information. A basic .desktop file might look something like this:

Once all that is done, all that you have to do is a simple command, and your .deb file will be created in the same directory as the folder.

How To Change Py To Dmg Converter

Writing the functionality isn’t the last thing that needs to be done – just look at this entire blog post as an example. Keep working through it, and it’ll all work out.

How To Change Py To Dmg Reader

If you’re interested in finding out more about the “Open with” functionality and the second post of this series, see here!