It's world-war again, and again we're supposed to be bomb Japanese... how original, at least you will not use an atomic bomb, you'll have actually to fight with less resources than the Japanese. The introduction screens are really basic with standard sound/graphics options, I was not able to set the gamepad as controller. Anyway, with fingers on crosses and on a/z/shift/alt I was ready to enjoy this arcade flight simulator... 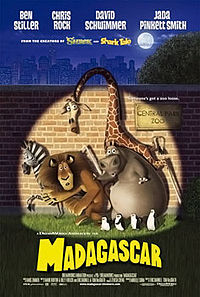 Controlling with keyboard is always a nightmare, even if you are more precise than with any other form of pads. The real trouble is that I was expecting some nice arcade action, looking at screenshoots I thought... 'hey it's an Afterburner clone, nice', instead, here, we have a game with briefings, predefined path and absolutely no arcade frenzy. Controls are arcade-way, but gameplay is neither arcade nor simulating, so even if supported by a nice looking 3D engine and good sounds, the game will fail to catch your gameplay attention for more than few hours. Especially on the first, snow level, you'll afford random crashes into the hills, whilst u were thinking to be safe for another couple hundreds of meters.

Pacific Warriors follows the only commercial fishermen in the world who fish alone from a kayak. With only a paddle, these brave Hawaiian men and women venture out to catch some of the most desirable fish in the sea. They must rely on brute strength to pull in 500 pound Marlin, Tuna, Mahi Mahi and Ono.

Well, out of the whole game, sounds were the only thing that did really surprise me. Pumping up the volume, you may actually find yourself into an airplane, especially when doing hard moves, you will ear the air flowing.

As you can see, graphics are well done, really well done, aside from the uninspiring white mountains.

It's not arcade, it's not a sim, it looks good, it sounds good. Basically this game has no target, since it will disappoint both arcade and flight sim fans, though maybe some people coming from Descent and it's clones may enjoy having a 'real-life' briefing and some out-door graphics.