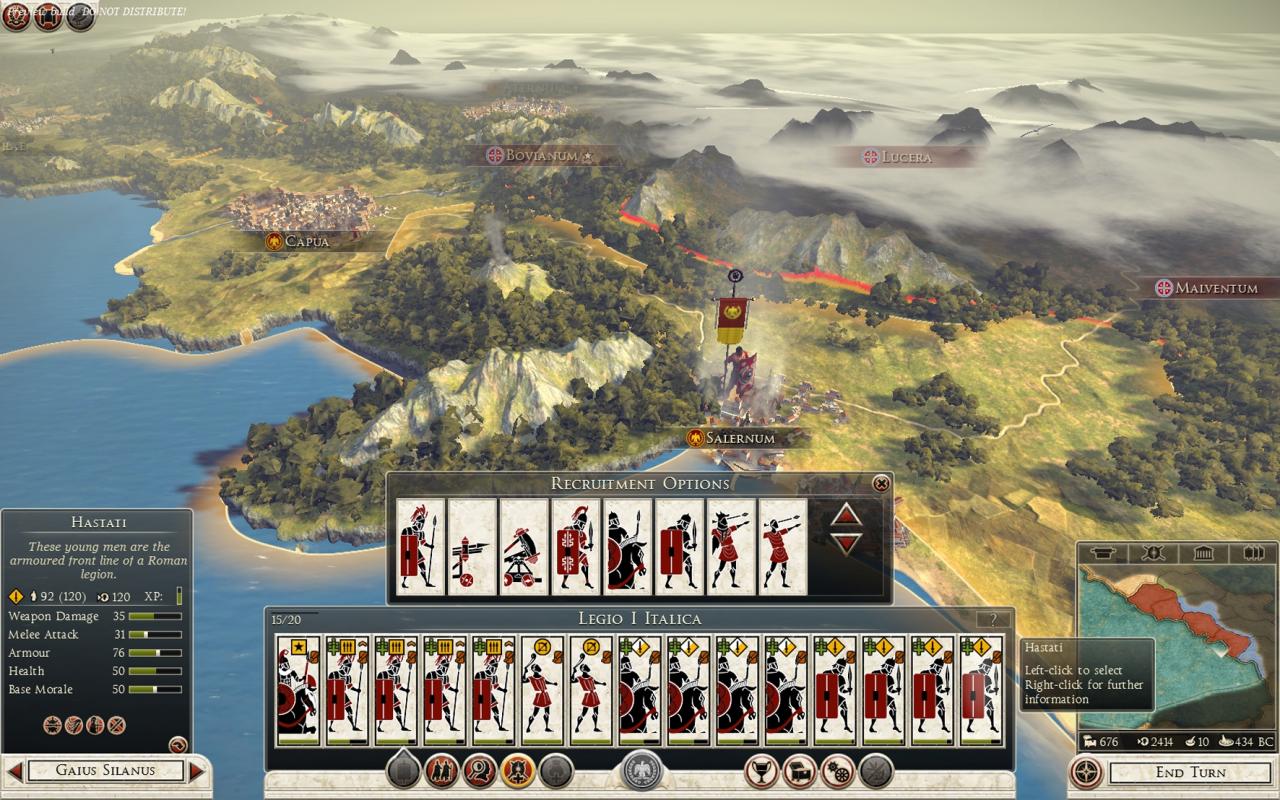 This is a quick post meant to accompany my latest video for Total War: ROME 2 - Divide Et Impera.

This post will show you how to install the mod.

There are two ways to install Divide Et Impera:

Place both Part 1 and Part 2 in your Total War: ROME II install folder, inside 'data' something like this:
C:Program Files (x86)SteamsteamappscommonTotal War Rome IIdata

That's all you have to do. Make sure you have no other mods. Mods are all placed in the data folder, and contain both a '.png' file and a '.pack' file. Feel free to delete them. Do not delete any other '.pack files' if they don't have a '.png' with them.

Using Steam Workshop requires you subscribe to all 10 parts of the mod. This is the link to the collection, and you can click 'Subscribe To All' to get every part. -> Divide Et Impera on Steam

Subscribing to all, will download the mods in your 'Data' folder where Rome 2 is installed. If you have other mods, they may cause a conflict, so on your first install, I recommend 'Unsubscribing' from all mods on Steam and going to your Data folder and deleting all the mods there. To know what is and what isn't a mod, a mod will have a '.pack' file AND a '.png' file of the same name, so delete both.

Steam Workshop is obviously easy, but the drawback with Steam Workshop, is the finicky Rome 2 launcher and the fact that if Creative Assembly update their game, and then Dresden updates the mod, there's a chance your campaign may break. If you roll back the patch, your mod will still no longer work, which is why I recommend TWC.

Using Total War Center or a hosting site, allows you to be in control of the mod. You have the 2 files for the mod and can place them where you need, or keep them as a backup. If Creative Assembly updates Rome 2, typically then you can 'roll back' the update to a previous patch to keep your mod in tact.

Here's a series of discussions and guides for Divide Et Imperas features. If you have a bug or problem, post here and someone will get back to you to help usually.