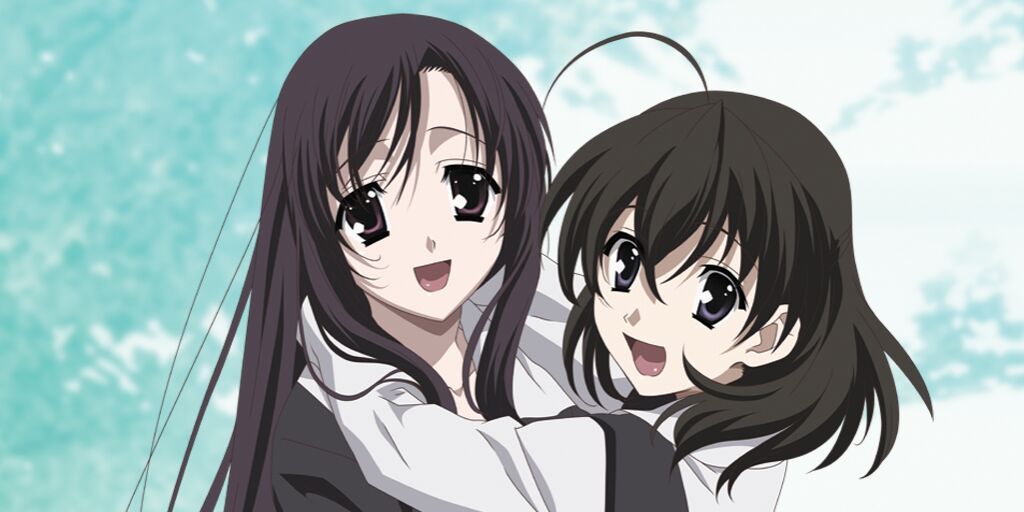 No idea WHAT I was thinking when I wrote that. XD
I've started working on it again. Not sure if this will be a proper start, and I'll get a large bit of it done before I get bored, or if this will only last about a week. I'm hoping for the former. ;)

Thus, several months later, as an insanely busy year came to a close, he looked back upon that place of memories, and vowed that one day, beyond a fleeting eternity, he might return to mend the shattered dreams that lay behind him.

Well, I got around to fixing School Days. Even though it's quite possibly the most phailgame in the world, I fixed up the bug that didn't allow the player to get the Miyuki or Nana endings (stupid as they are). Now School Days (which I didn't know was the name of a different bishoujo at the time I made it) can be hated in all it's glory! :)

And again. Well, the past few months have certainly been interesting. The most influential thing that I have done, in terms of this project, is play a heap of Visual Novels. (I played Fate/Stay Night, Tsukihime, True Remembrance and One ~To the Radiant Season~. Wind ~A Breath of Heart~ and Kana, Little Sister aren't working)
Anyway, because of these, I realised what a real visual novel is like. The whole reason I set out on making Ai no Kenkyuu was to create a relatively decent visual novel in flash, since I've never seen one. It's only now, looking back on the script that I made for Ai no Kenkyuu that I realise that it wasn't decent at all. The characters were shallow, and the entire thing was concerned solely with the sex. Most uncool.
So, I'll be remaking the script, starting in about five minutes. I intend to put an actual storyline in it this time, and there'll be some really decent replay value, with multiple storylines. I would like to think that I have at least some skill in writing, so hopefully it will be worth playing.
This should overall speed up the release of Ai no Kenkyuu, if for no other reason than it's inspired me to start working on it again. (Up until recently, it's been in the form of a DVD collecting dust in a bookshelf)
So...yeah. It should be pretty nifty. I'm thinking of making an actual homepage for it, since I'm too lazy to do anything but update anyway. XD
But for now, I'm going to start making some script while I re-download Flash. Ja~

Well...I said I'd keep you posted, and this is me doing so. If you want to know about the new game, then go to my profile page, since I posted a news thingum about it.
I tried to post an alpha yesterday, but it failed, so screw that. 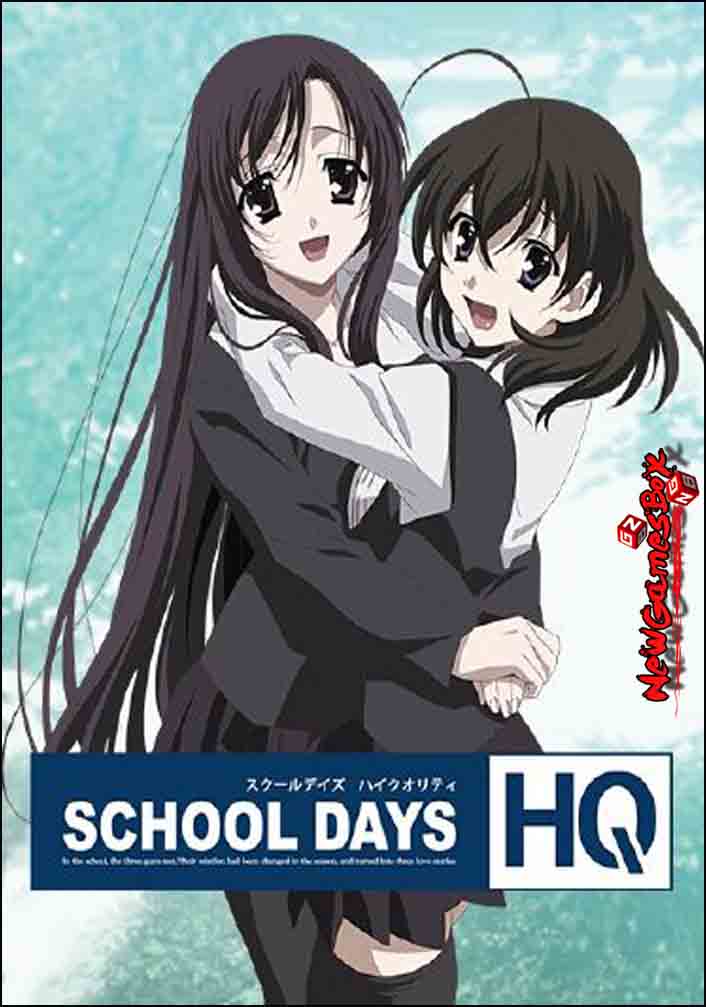 EDIT AGAIN!: I have begun production on a second game similar to this one. Unlike this one, however, I am actually going to put some serious work into it. With this one, I got some pics and threw in a story. I am going to plan a story and all the alternate endings to actually make it a rewarding and intriguing game. I'll keep you posted ;)

School Days HQ is available from JAST USA in both Standard and Collector's editions. The Collector's Edition (sold out) has the following exclusive extras: - an original Kotonoha 3D mousepad - an original Makoto rubber keychain. an oversized collector's box. The description of School Days The most popular kid in class - now celebrating over 10 MILLION downloads! The prison has closed down and re-opened as a high school, but the challenge to survive and thrive remains the same!

EDIT: I have fixed three of the bugs...thanks for the reviews, they help a lot :)

EDIT: I have fixed two more of the bugs. Keep the reviews coming! :)

I have been working on this for a while...It is a game, with dubious interactivity...just so you know, the choices are obvious ones, if you want all four sex scenes, you will have to play it twice, because if you want Kotomi, you can't have Nana, and vice-versa. The game's story is my own, but the images are from the game 'sweet pleasure' Oh by the way, you will probably want to skip the intro, as it is boring.

Please ignore any faults in the pics eg. Background changes etc, I did the best with the images I had.

Also, while I am reasonable sure I worked out all the bugs, there could be a few lurking around somewhere, so if there are any, drop me a comment, and I will fix it and re-submit.

It could take a while to load, there are quite a few pics.